WASHINGTON (AP) — Animals across the world are fleeing global warming by heading north much faster than they were less than a decade ago, a new study says.

About 2,000 species examined are moving away from the equator at an average rate of more than 15 feet per day, about a mile per year, according to new research published Thursday in the journal Science which analyzed previous studies. Species are also moving up mountains to escape the heat, but more slowly, averaging about 4 feet a year.

The species — mostly from the Northern Hemisphere and including plants — moved in fits and starts, but over several decades it averages to about 8 inches an hour away from the equator.

«The speed is an important issue,» said study main author Chris Thomas of the University of York. «It is faster than we thought.»

Included in the analysis was a 2003 study that found species moving north at a rate of just more than a third of a mile per year and up at a rate of 2 feet a year. Camille Parmesan of the University of Texas, who conducted that study, said the new research makes sense because her data ended around the late 1990s and the 2000s were far hotter.

Federal weather data show the last decade was the hottest on record, and 2010 tied with 2005 for the hottest year on record. Gases from the burning of fossil fuel, especially carbon dioxide, are trapping heat in the atmosphere, warming the Earth and changing the climate in several ways, according to the overwhelming majority of scientists and the world’s top scientific organizations. 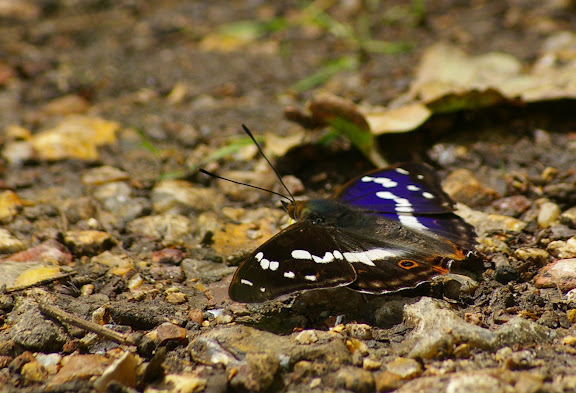 As the temperatures soared in the 2000s, the species studied moved faster to cooler places, Parmesan said. She pointed specifically to the city copper butterfly (Lycaenidae) in Europe and the purple emperor butterfly (Apatura iris) in Sweden. The comma butterfly (Polygonia c-album) in Great Britain has moved more than 135 miles in 21 years, Thomas said. 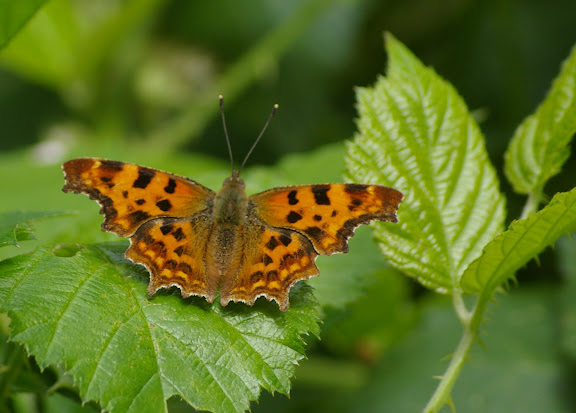 It’s «independent confirmation that the climate is changing,» Parmesan said.

One of the faster moving species is the British spider silometopus, Thomas said. In 25 years, the small spider has moved its home range more than 200 miles north, averaging 8 miles a year, he said.

Stanford University biologist Terry Root, who wasn’t part of this study but praised it as clever and conservative, points to another species, the American pika, a rabbitlike creature that has been studied in Yellowstone National Park for more than a century. The pika didn’t go higher than 7,800 feet in 1900, but in 2004 they were seen at 9,500 feet, she said.

For Thomas, this is something he notices every time he returns to his childhood home in southern England. The 51-year-old biologist didn’t see the egret, a rather warm climate bird, in the Cuckmere Valley while growing up. But now, he said, «All the ditches have little egrets. It was just a bizarre sight.»

Thomas plotted the movement of the species and compared it to how much they would move based on temperature changes. It was a near perfect match, showing that temperature changes explain what’s happening to the critters and plants, Thomas said. The match wasn’t quite as exact with the movement up mountains and Thomas thinks that’s because species went north instead or they were blocked from going up.

Thomas found that the further north the species live, the faster they moved their home base. That makes sense because in general northern regions are warming more than those closer to the equator..

Thomas said what he’s studied isn’t about some far off problem.

«It’s already affected the entire planet’s wildlife,» Thomas said in a phone interview. «It’s not a matter that might happen in the lifetime of our children and our grandchildren. If you look in your garden you can see the effects of climate change already.»

Some observations on Behaviour of Delias Imagos